14th September, Jammu., Interviewing the Media.
The start by correspondent: 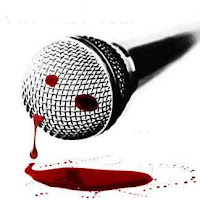 Nikhil Mahajan, a Physiotherapy graduate with over 1 year of professional experience and currently perusing his masters in the same, has launched his first extensive piece of fictional writing in form of a novel called “my love never faked….” in the Indian market.
Nikhil says:
”my love never faked….” is the journey of Abhi’s life and his relation with Priya where Ellen a beautiful American girl confuse him for his relation which further molest his 5 year relation with Priya. The story progresses further with Abhi trying his best to get his girl back. The story includes many beautiful incidents which Abhi share with his friends altogether working for his relation and his self-realization and decoding life in its various human forms. Abhi after being alone because of his deeds then discovers various facets of love, hate, sacrifice and other varying emotions across a series of personal encounters that touch his life in capital city.

Correspondent:
Making full use of his in-depth understanding, Nikhil uses Indian fiction style to highlight a young love story, a lively friend’s circle and a youth battling for his existence in the society, moreover story also highlights the use of internet by the youth in different aspects. “my love never faked…” subtly touches the strings of most beautiful human emotion called love, which gets entangled in confusions over tempted lures of one night stand.

Nikhil Says:
Speaking about his book, Nikhil Mahajan, author of “my love never faked…” says, while the book remains a work of fiction, I have tried to give a realistic edge to every character portrayed in it. The novel deals with love life, which is so beautifully woven and knitted into exciting plots that most of the individuals who reads the novel will take time to dig deeper and can easily somehow correlate into themselves and he hope the readers will find the story line fascinating and the characters will make it an interesting read.

Ticker:
The book is available at all major bookstores across India at a price of Rs. 100/- under Srishti Publications.

Email ThisBlogThis!Share to TwitterShare to FacebookShare to Pinterest
Labels: PERSONAL

Life has many colours...

"You really don't care Niks..
All you care is yourself and your self respect..."
And she went on with her life and giving a pause to my world...
We never met since then.... 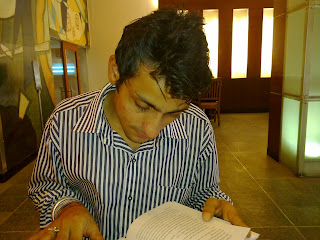 It was painful but I could not forget the words uttered
The heart taking....
"Will u ever grow up in ur life...." with a bye note
I really could not answer it...
And there was time when I discourage myself thinking-" It is true??"