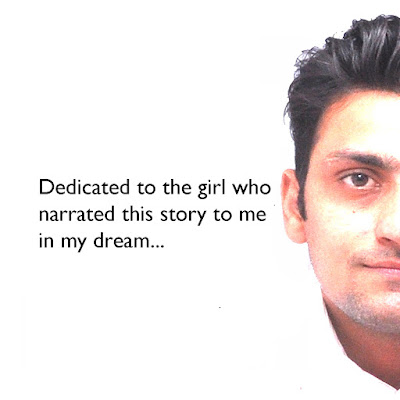 On one fine day which turned to be a life changer for him, he got a friend request from a girl on Facebook.


Do you remember me?
It’s me Angel from JKFY School.
Another message popped up after the unnoticed and un-replied message a few days later.

Who is this?
Arjun messaged back.
Arjun then spent a whole day going through her profile and her timeline for authentication. She was real and her name was the first thing that hit him. She was a Shimla boarding school’s student. Few more messages and this conversation became more and more regular Arjun.
Can’t you use your own pic as your DP? Arjun messaged her one day.
As this conversation continued from days to weeks and then months and as the relation blossomed it shifted to Facebook chat and exchange of Arjun’s number and address. One day over the chat Angel said something to Arjun.
Do you remember I used to be an innocent girl you made an MMS of?  Do you remember the date; that Japanese restaurant where you asked to make out for the first time when I was a virgin?
You said you had a deep crush on me, and I eventually fell in love with you; trusted you for everything but you ruined a loving heart.
“When I tried to get back to my life, I could not get rid of the memories of the incident anymore,” Arjun cried aloud for this was not Angel but Mahi messaging him. He asked for her phone number but she logged off.

The same thing happened with Eshaan and Joy during the same time. Months passed chatting with the girl on Facebook and finally they too decided to exchange addresses and numbers.  They tried to dial her number but it was always switched off. Even her Facebook ID was deleted. Any of the three could not make contact with Mahi then after.
Posted by niks at 2:37 AM