The two Stories of the millenium

For this year 2010: the last blog post with a true love story
social networking has changed our life and way of thinking. How we meet friendsw how we communicate is totally dependent these days on our scrap, wall and likes... sometime tweet. We had changed ourself to a social networking gadgets. But to understand where are we going, we must know the true story behind how these social networks were formed...
The True Story….

A guy lost his girlfriend in a train accident…. but the gal’s name nowhere appeared in the dead list. This guy grew up n became IT technical architect in his late 20′s, achievemnt in itself!!. He hired devlopers from the whole globe and plan to make a software where he could search for his gf through the web…Things went as planned…n he found her, after losing millions of dollars and 3 long years!! It was time to shut down the search operation, when the CEO of Google had a word with this guy n took over this application, This Software made a whopping 1 billion dolar profit in its first year, which we today know as ORKUT. The guy’s name is ORKUT BUYUKKOTEN. Yes its named after him only. Today he is paid a hefty sum by Google for the things we do like scrapping, Forum Posting etc., He is expected to b the richest person by 2009. ORKUT BUYUKKOTEN today has 13 assistants to monitor his scrapbook & 8 to monitor his friends-list. He gets around 20,000 friend-requests a day…….
The official website of the man behind ORKUT: http://www.stanford.edu/~orkut/
--------------------------------------------------------------------------------------------------------------------------------
Mark Zuckerberg wrote Facemash, the predecessor to Face book, on October 28, 2003, while attending Harvard as a sophomore. According to The Harvard Crimson, the site was comparable to Hot or Not, and "used photos compiled from the online facebooks of nine houses, placing two next to each other at a time and asking users to choose the 'hotter' person". 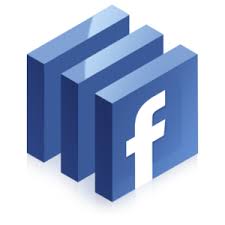 The site was quickly forwarded to several campus group list-servers, but was shut down a few days later by the Harvard administration. Zuckerberg was charged by the administration with breach of security, violating copyrights, and violating individual privacy, and faced expulsion.

Zuckerberg expanded on this initial project that semester by creating a social study tool ahead of an art history final, by uploading 500 Augustan images to a website, with one image per page along with a comment section. He opened the site up to his classmates, and people started sharing their notes.To accomplish this, Zuckerberg hacked into the protected areas of Harvard's computer network, and copied the houses' private dormitory ID images. Harvard at that time did not have a student "facebook" (a directory with photos and basic information). Facemash attracted 450 visitors and 22,000 photo-views in its first four hours online.

Membership was initially restricted to students of Harvard College, and within the first month, more than half the undergraduate population at Harvard was registered on the service. In March 2004, Facebook expanded to Stanford, Columbia, and Yale. It soon opened to the other Ivy League schools, Boston University, New York University, MIT, and gradually most universities in Canada and the United States.