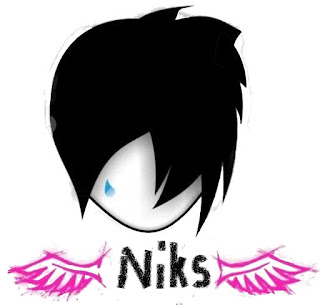 A poetry that always hurts…

A poetry that always hurts…


she has her view and it is a curse


She looks into my view


I knew she won’t reach my way


Some of it may a litl’ or few


A poetry that always hurts…


Living alone was not an act


I was told to do


So I am all packed


Its a poetry that is still hurting


As I always try not to unfold


But to keep mum


Now is bit cheezy and old


I am man of the today and I have dreams…


I have my wings to fly high


And my target is the star not the sky….


Should I continue this poetry that hurts


My feeling towards it is dead …

Email ThisBlogThis!Share to TwitterShare to FacebookShare to Pinterest
Labels: Poems

Another feature which the Gods offer as a clue is very foreboading and ominous. Mt. Zion is a mountain to the north of Diablo (the eye of The Beast) and one which has a working quarry at its base. Consistant with the decay we experience in society, Mt. Zion is being eaten away, slowly stripped of its resources, until one day paradise will be gone forever.

The Bible illustrates a Rapture which embraces a very human timeline. It suggests The End would begin in the Middle East, and out perception would be factions warring over oil rights, religion, something.
I argue this does not carry a human chronology but one imposed by the gods. I suggest the beginning of the End happend 2000 years ago with xtianity, for it imposed the worship of a false god upon a system the gods were going to position as dominant with phenominal wealth, rendering it the one true religion in the eyes of civilization.
Perhaps those who are saved by the Second Coming in The End are actually the colonists of the new Planet Earth, those left remaining after the 1000 year party HERE ON PLANET EARTH!!!!
Don't be surprised if you aren't going anywhere. Once they eliminate cancer, disease, economic turmoil and poverty (maybe aging??? Aging IS artificial, controlled by the god's technology.) things will be bliss, become quite comfortable for everyone. Crime is controlled with AI and Earth will find an equilibrium that will carry us forward.

So many people don't care about global warming. They disregard the need for conservation and instead drive SUVs. They don't care about the Federal deficit/debt (outside of partisanship) and they don't care earning $400k for an $80,000/year job will eventually bankrupt the country. They have awarded themselves $400k pay and retirement packages, loading up their friends on the payroll during the boom 90s through the real estate bust while all services which the program were intended to fund now get cut to pay for it.
These people are often common public university labor. Not Ivy League, not private university.
This labor isn't good enough to command the salaries they are earning. And they understood this when they applied to the public university they settled on.
You can't expect a top-tier salary with a second-rate education.
They think they are going sometime during/at the end of this life, and disregard the poor souls who are left behind.
Sounds like the Italians who were used to plan World War II and the Holocaust, and not by accident.
These are the people who will be here in the United States when bankruptcy is declared and society deteriorates into chaos. And they will deserve the anarchy which ensues.

The gods used the Italians to ruin life in the 20th century.
The gods used the Italians to ruin life in A.D. with The Church.
The Church controlled Western Civilization. As the largest land owner in Europe they controlled the monarchies. They were responsbile for slavery, revenge for African invasion and rape of Italy. They created religious discontent, ultimately leading to the disfavored dumping ground known as the United States.
And each generation of these Italians were sold on "earning", only to be reincarnated as a lesser life form subsequently, punishment for their evil.
"The West Bank, where the end of the world will begin." With xtianity.

The gods are the commensurate rapist pathology, focussed on control. Be it animal migratory patterns, growth rates for plants and trees or human behavior::::The gods feel compelled to control these phenominah, whether it meets their strategy or not.
It is appropriate they picked the Italians for the downfall of man. The perception offered is exactly how the gods are. Unfortunate for the Italians, they were deliberately altered to match this pathology so the god's behavior could be justified in the context of the god's positioning.